Basics of the NativeScript Command-Line Interface

In this article, you’re going to learn the basics of the NativeScript command-line interface, including how to create new apps, how to get those apps running on devices, and how to set up a development workflow that lets you iterate fast.

In this section, you’ll familiarize yourself with the NativeScript CLI, and use the CLI’s create command to start your first NativeScript app.

Exercise: Use the tns create command

Open your terminal or command prompt and run the following command to create a new NativeScript application.

Here you’re passing two things to the create command: HelloWorld which determines the name of the app you’re creating, and the --template option, which tells the NativeScript CLI to scaffold an app using a predefined template named “tns-template-blank”.

TIP: You can use the tns create command to scaffold apps at a variety of different starting points. To try other templates, run tns create without the --template option; the NativeScript CLI will walk you through selecting a template using interactive prompts.

The create command will take a minute to complete, as the NativeScript CLI needs to download a few dependencies while setting up your new app.

When the command finishes, use the cd command (change directory) to navigate into your new app’s folder.

Now that you’ve created an app let’s look at how to get your new app up and running on a device.

TIP: You can use the tns help command to view the NativeScript CLI’s help documentation in your web browser.

Once your NativeScript mobile project is created, you can start the application in two different ways:

NOTE: To complete this section you must finish the NativeScript CLI quick setup.

Now that you have an app scaffolded on your local computer, you’re ready to run your application on a device.

Exercise: Use the tns preview command

In NativeScript you use the CLI’s tns preview command to link the app you’re developing locally to the NativeScript Playground app for your iOS or Android device. Let’s look at how it works.

Execute the following command in your terminal or command prompt.

You’ll see a QR code in your terminal that looks a little something like this. 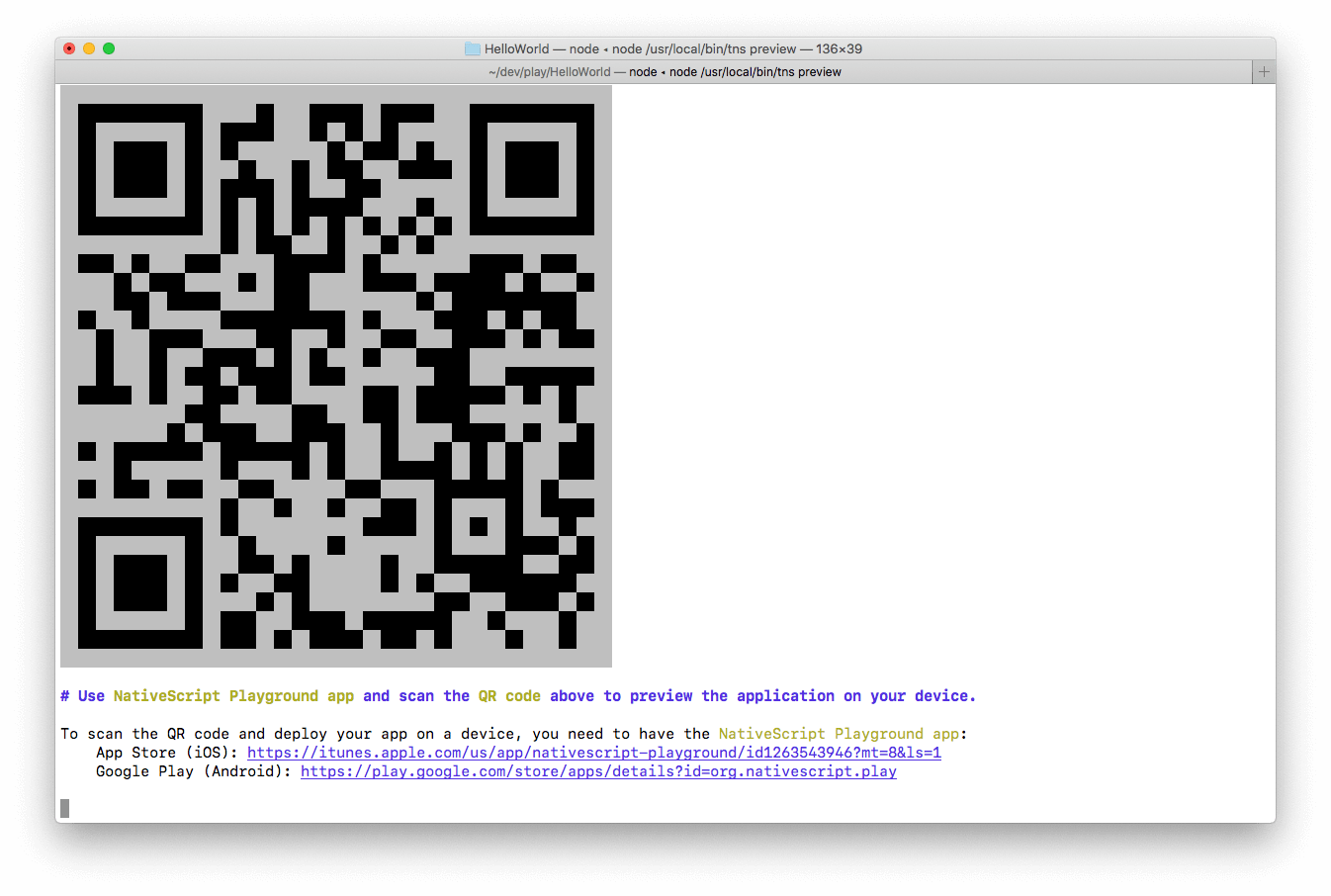 Next, open the NativeScript Playground app on your iOS or Android device.

In the Playground app, tap the Scan QR code option, and scan the QR code that appears in your terminal or commands prompt. 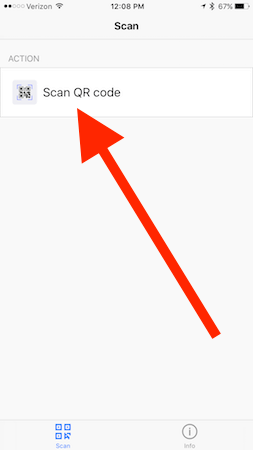 After scanning, you should see your app on your device. 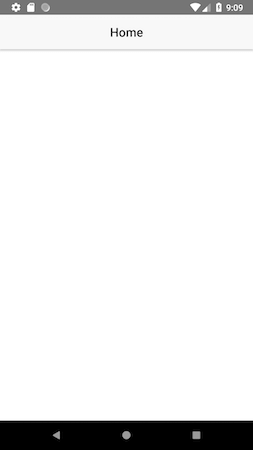 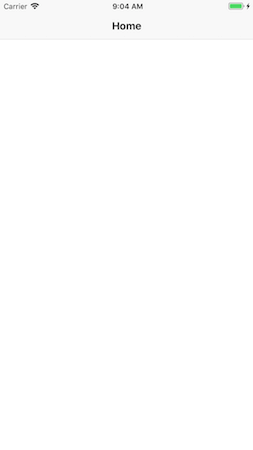 Now that you have the app on your device, you might notice that the tns preview command in your terminal or command prompt never finished. That is, you cannot type in your terminal. 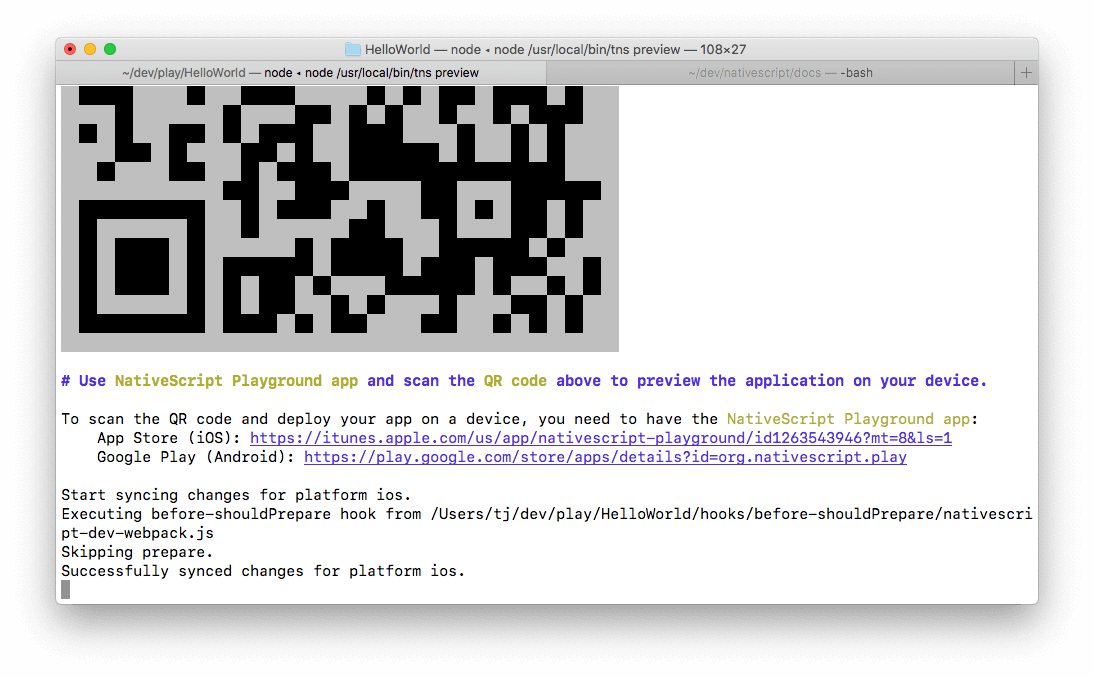 Open your new project in your favorite text editor or IDE.

TIP: You can use any editor to develop NativeScript apps, but we recommend Visual Studio Code. Feel free to skip ahead to this chapter’s appendix for more information.

Let’s add a simple image to your app so you can see how livesync works. Open your app’s app/main-page.xml file, and replace its contents with the following code:

NOTE: Don’t worry about the specifics of how this code works yet. We’ll cover the details momentarily—for now get comfortable with how livesync works.

Your emulator should refresh and display the new image. 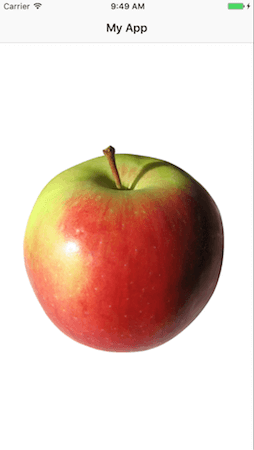 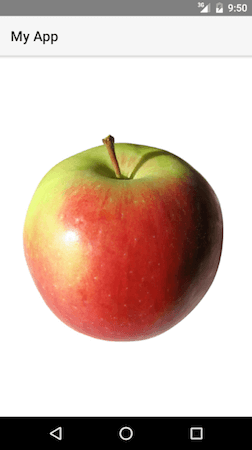 Next, open your app’s app/app.css file and paste the following code at the bottom of the file. Again don’t worry about the details of what this code is doing right now.

When your emulator refreshes, you should see a crazy spinning apple!

Find the first line of your app’s app/app.css file, which imports a core.light.css file. This import tells NativeScript to use a “light” color scheme. Let’s change to the “sky” color scheme by replacing the existing line of code with the one shown below.

The emulator should refresh, and you should see a nice blue ActionBar color: 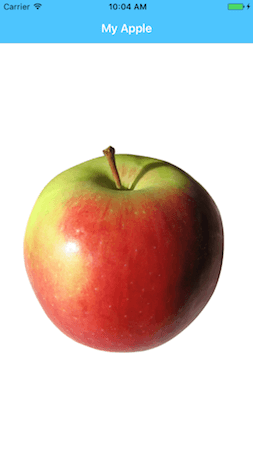 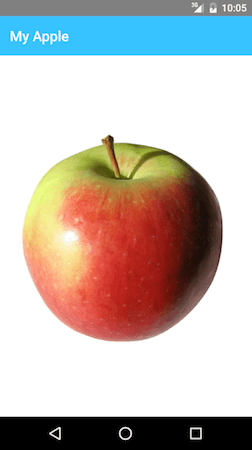 Are you looking for a little more fun? NativeScript has several color schemes available for styling your iOS and Android apps. Pick a different stylesheet from the full list and try it out in your app. Which one looks best?

Overall, the NativeScript CLI’s livesync process makes native iOS and Android development feel a lot like web development. You can change your CSS, markup, and JavaScript code, and see those changes reflected on the fly—all in a completely native mobile app.

NOTE: To complete this section you must finish the NativeScript CLI full setup.

The NativeScript CLI quick setup allows you to develop your apps locally, and test your apps on physical iOS or Android devices through the NativeScript Playground app. Although this workflow is great for getting started, it does have limitations.

After you complete the NativeScript CLI full setup, you can compile iOS and Android applications locally and push those apps directly to iOS simulators, Android Virtual Devices, or physical devices. Plus, you get the same fast development workflow you used with the quick setup.

Exercise: Use the tns run command

In NativeScript, you use the CLI’s tns run command to build your apps locally and install them on iOS or Android devices. Let’s start with Android.

Execute the following command in your terminal to run your app on an Android emulator.

The run command will take a few seconds to complete, as the NativeScript CLI will be building and deploying a native Android application. When the command finishes the native emulator will open, and you will again see your app—only this time, the app is running on a local emulator.

If you’re on macOS and would prefer to develop for iOS first, type Ctrl + C in your terminal to end the previous tns run android command and then execute the following command instead.

NOTE: NativeScript uses Xcode under the hood to build and run iOS apps, and Xcode is only available on macOS; therefore, you can only run iOS apps on macOS.

The run command will again take a few seconds, as the NativeScript CLI will be building and deploying a native iOS application. When the command finishes the native simulator will open, and you will see your app:

Now that you have a full setup in place for developing your apps let’s look at a few additional things you can do.

Now that you have a preview workflow set up check out our Build a Full App tutorials in NativeScript Playground. If you prefer working in a CLI environment, you can download your tutorial project from Playground and complete the tutorial locally using the tns preview command.

You now know how to create and run NativeScript apps. Your next step is learning how to debug your apps when things go wrong. Let’s look at how debugging works in NativeScript.

There are two main paths you can take when you want to debug a NativeScript application:

You’ll want to check out the Chrome Dev Tools and the Visual Studio debugger as you need to step through your JavaScript code or TypeScript code, but for the moment let’s look at how to do some simple logging in your apps.

One of the most natural things you can do to debug apps in any environment is writing to the system’s log. In NativeScript logging works a lot as it does on the web, as most of the same console APIs that work on the web also work in NativeScript.

To see this action open your app’s app/main-page.js file and replace its contents with the code below.

After the NativeScript CLI refreshes your app, head back to your terminal or command prompt. You should see a “Hello World” message at the bottom that looks like something like this.

The console.log() function is great for outputting primitive values such as strings, numbers, and booleans, but it doesn’t work so well for objects. For those situations you’ll want to use another of the console object’s methods intended for complex object output: console.dir().

To see this in action replace the contents of your app/main-page.js file with the code below, which uses console.log() to log a simple object.

If you look at your console, you’ll see the following not-very-helpful output.

Go ahead and replace your code’s console.log reference with console.dir. After the NativeScript CLI refreshes your app, you should see the full output of the object in your terminal or command prompt.

The console.log() and console.dir() functions are two of the many tools available when debugging your NativeScript applications. You might want to try out step debugging as you move into more advanced development, but for now, let’s shift our attention to how to deal with errors in NativeScript apps.

Errors happen, and when they do, it’s important to know how to handle them. Let’s mess up a few things in your new app.

Find the line of code that declares an <ActionBar> (line 2 of your app/main-page.xml file). Remove that line’s final > character so that the line looks like this.

This is invalid markup, and as you might expect NativeScript is unable to render your user interface. What NativeScript does do, however, is log any relevant errors and stack traces to your console. If you return to your terminal and scroll up just a bit, you’ll see the following error logged that indicates precisely where the problem is.

Let’s fix the error now by adding the > back to line 2 in your main-page.xml file.

The NativeScript CLI continues to watch the files in your application, even after errors. As such, after you correct this problem, the CLI updates your app to its previous state.

Now that you have a full NativeScript CLI setup in place, and you know how to create, run, and debug NativeScript apps, you’re now ready to start building on your own. You might find the following resources helpful as you start developing.

You can develop NativeScript apps in any text editor or IDE you wish. Therefore, if you’re deeply committed to an editor, by all means, continue to use your editor of choice as you build applications with NativeScript.

However, if you’re not committed to an editor, or if you’re looking to try something new, the NativeScript team recommends using Microsoft’s Visual Studio Code to develop your NativeScript applications. Here’s why.

If you do choose to try Visual Studio Code, let’s look at one tip you might find useful as you develop NativeScript apps.

Note: If you’re a WebStorm user, check out this popular community-written plugin that adds many NativeScript-related features.

After you install Visual Studio Code, you can open projects using the editor’s File → Open menu option, but there’s an alternative option that works far better for command-line-based projects like NativeScript: the code command.

The code command runs in your command-line or terminal, and it works just like the tns command does for NativeScript apps. Visual Studio Code installs the code command by default on Windows on Linux, but on macOS, there’s one manual step you must perform.

Once set up, you can type code . in your terminal to open the files in your current folder for editing. For example, you could use the following sequence of command to create a new NativeScript app and open it for editing.

Ask the community Improve this article